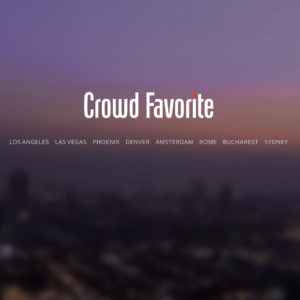 Today we have announced my starting at Crowd Favorite, a global digital services agency delivering Open Source, mostly WordPress based, solutions to enterprise clients. I’m coming in to take on the sales and business development role, working alongside Karim Marucchi and Adam Buckeridge and Meghan Goetz and the rest of the awesome global team. It’s… Read more » This is part 3 of my 2022 round up, following up on part 1 on leaving Human Made, and part 2 on the Norse Adventure. I want to draw together some lessons I have learned over the last 1 months, because it has been quite an education, and put them in the bigger context of… Read more » 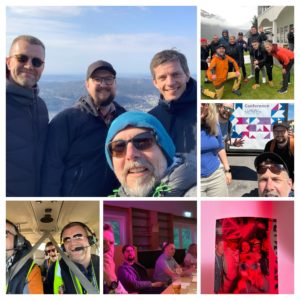 This is part 2 of my roundup of 2022 – predominantly focussed on my work at Maksimer UK. Part 1 is here. Maksimer are a fantastic agency, established in Norway about 12 years ago by Nils-Fredrik and Anders, they are far and away the best e-commerce team operating in scandinavia They specialise mostly in WooCommerce… Read more » 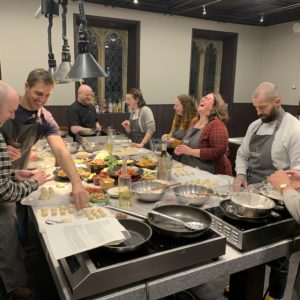 2022 was a bit of an exciting year for me – I left a company I’d loved working with for over seven years, and had grown a global team within. I set up a new company, took overseas investment, plunged into a relatively new market segment, and saw that venture wind up. I made great… Read more » 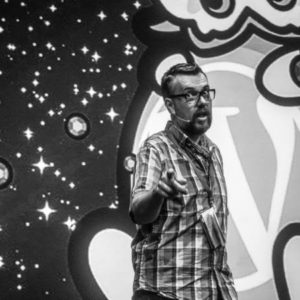 Publishing a rough draft- links and images to follow:  In the last couple of years I have emceed at a few WordCamps. Not many, but they have been pretty large ones. As someone who works in WordPress and really values the broad open source community around the software, but whose day to day work doesn’t… Read more » 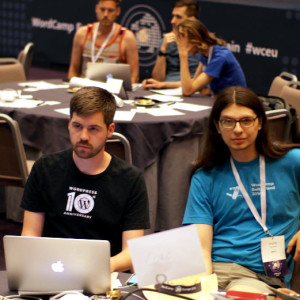 The final day of WCEU 2015 this year was Contributor Day. Weirdly it felt a little like an after thought – I’m sure it’s not intentional, but the atmosphere was lower key, the after party had been the night before, and the whole set up was less formal. I guess a few people had… Read more » 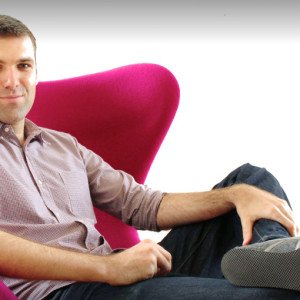 Remember I AM A NOOB here- and was even more so in Seville. I don’t really ‘get’ the whole of the WordPress “Theme/Plugin/Extension” system, let alone the myriad ways there are to run a business in all that complexity of relationships. So, I may have asked some clenchingly naive questions when talking to the utterly… Read more » 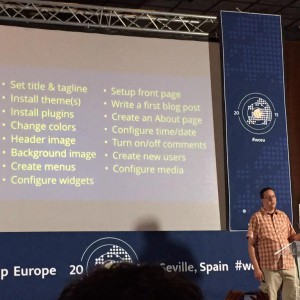 I caught Drew‘s talk online on the Friday of WCEU before I flew out – I’m sure it’ll be up online soon, and I highly recommend checking it out as he goes pretty in depth on the UX work that is around the admin interface these days – it’s here on slideshare. The Customizer gets… Read more » 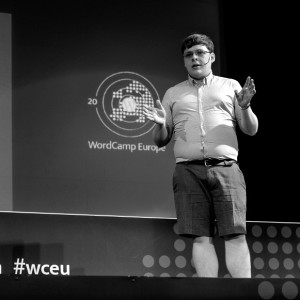 We caught Jack and Ryan after they’d both presented on day 2 at WCEU – the conversation was already fizzing along, so it was just a question of dragging them into our little studio and unleashing the elephant. Great guys, clearly very good friends – the REST API is in good hands. This is a… Read more » 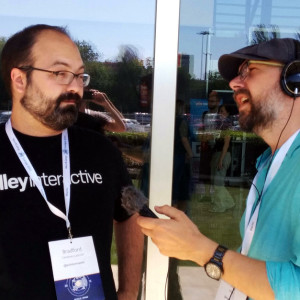 Bronson and I caught up with Alley Interactive‘s Brad Campeau-Laurion in the insane, intense sweltering heat of the shade of Seville. Brad and I had already talked online about IPR and contracts for WordPress development (it’s an ongoing trope in my work as Commercial Director – the compatability of the GPL and commercial business is, well,… Read more »